The concept of the privity of contract though codified in 1872 vide the Indian Contract Act is rooted in the uncodified common law principles through the decisions passed by the Courts of England. The term privity of the contract would mean that the terms and conditions and the consequences of the contract are to be borne by its’ signatories only and not the third party alias the non-signatories. In the year 1833, in the case Price vs Easton the court of appeals held that, “No one may be entitled to or bound by the terms of a contract to which he is not an original party”. This further, got certain in the famous Tweddle vs Atkinson wherein the High Court of justice Queen’s Bench division held that no stranger to consideration may enforce contract even when the contract is made for its benefit. In other words, it became clear through the law settled by Courts that the Contract is enforceable by and against the signatories of the contract and no other.

The Arbitration Rules enforced in the various national platforms other than India do fill the lacunae by allowing the non-signatories to be joined as a party to the Arbitration proceedings with the written request of the signatories or/and with the consent of the non signatory. The London Arbitration Rules provide for the joinder of the non signatory to be the party in the Arbitration proceedings with the application of the party submitted along with the consent of the non-signatory for such joinder. The ICC Arbitration Rules expound in Article 7.1 that the party wishing to join an additional party to Arbitration shall submit its request for Arbitration against additional party. In addition to Article 7.1, Article 9 permits claims arising out of or in connection with more than one contract may be made in a single Arbitration, irrespective of whether such claims are raised under one or multiple Arbitration Agreements under the Rules. Therefore, there is no ambiguity to believe that the situation where there are multiple contracts interlinked and entangled with each other, common in present scenario where multiple companies are in legal contractual relationships, either directly or indirectly, can be proceeded in a single Arbitration proceedings as according to the ICC Arbitration Rules. The Singapore International Arbitration Centre Rules 2013, provides the Additional Powers of the Tribunal which allows the third party to be joined as the party subsequent to the application made by the party only with the written consent of the third parties after which the Arbitral Tribunal may pass a single final award or the separate awards in respect of all parties. Stepping ahead of the Rules of 2013, Rule 9 of the Singapore International Arbitration Centre Rules 2016 allows not only for the joinder of the Third Party but it also entitles the Third Party/non-signatory with the right to appoint the Arbitrator by making an application to the already appointed Arbitrators. Article 27 of the Honk Kong International Arbitration Centre Arbitration Rules 2018, provides for the powers of the Arbitral Tribunal to order for the joinder of the third party provided they have consented to be joined in the proceedings.

Therefore, it would be safe to summarize that though the Arbitration Agreement is an Agreement between the signatories only to enter into the Arbitration proceedings in case an apple of discord arises, but the issue remains no more Res Integra that there are circumstances, situations and the inter-linked contracts and contractual legal relationships, which make the non-signatories either effected by the Arbitration decisions or it might be of complete injustice to make any decision without they being given the opportunity to be heard

In Chloro Controls India Pvt. Ltd. v. Severn Trent Water Purification Inc. & Ors. , the Apex Court changed the position of law set before and held that Section 45 in the Arbitration and Conciliation Act 1996 is a self contained code. Therein, “the expression ‘person claiming through or under’ would mean and take within its ambit multiple and multi-party Agreements, though in exceptional case. Even non-signatory parties to some of the Agreements can pray and be referred to Arbitration provided they satisfy the pre-requisites under Sections 44 and 45 read with Schedule I.” The Hon’ble Court expounded by acknowledging that the non-signatory parties are neither unknown to the Arbitration jurisprudence nor it is impermissible. Therefore, it is evident that by 2013, the Indian judiciary inclined itself towards the Arbitration jurisprudence which with its rationality has acknowledged that there could be such an interlocking and inter-linked legal contractual relationships between the parties that though one may not be the signatory of the Arbitration Agreement, but it might be directly or indirectly affected by the adjudication. The aforesaid judgment also made clear of the approach of the Indian Judiciary in recognizing that the non-signatories may resort to the doctrine of the ‘group of companies’ or the composite references, when in need. One of the primary reasons for the shift of the approach of the Indian Judiciary was the literal interpretation of Section 8 and Section 45 of the Act (Article II of the New York Convention). The language of Section 8 refers to the Party in simplicitor whereas Section 45 refers the request made by the party or the person claiming through or under. This also needs to be considered that post the Arbitration and Conciliation (Amendment) Act, 2015, Section 8 has been amended and it now includes, the phrase “party claiming through or under”. Thus subsequent to the Amendment Act 2015, in Ameet Lalchand Shah vs Rishabh Enterprises , the Hon’ble Supreme Court enunciated that the several parties involved in several contracts inter-linked with each other may be referred to the Arbitration under Section 8 even if the few of many contracts do not contain the Arbitration clause. This judgment holds value in cases where the party is a non-signatory to one Agreement but a signatory to another even when such signed contract does not contain the Arbitration Clause. With the progressive and practical interpretations of the Hon’ble Supreme Court of India, the High Courts have also commenced the applicability of the provisions of the Act on to the non-signatories. For instance, the High Court of Bombay, in Prabhat Steel Traders Private Limited vs Excel Metal Processors Pvt Ltd has held that the word ‘Party’ is in absentia in the Section 37 and therefore, an appeal may be preferred under Section 37 of the Act by the non-signatory also. It is germane to mention that though Section 9 and Section 17 has been enunciated to be not applicable to the Non-Signatory but they have been made to be entitled to appeal against such applications under Section 37.

In the end, it suffices to conclude that the non-signatories of the Arbitration Agreement are capable of enforcing such Agreements though there remains uncertainty that whether the Agreements are enforceable against the non-signatories even when the principle of Audi Alteram Partem is not followed. More so, the applicability of the doctrine of the ‘group of companies’ in the Arbitration proceedings indicates that the Indian judiciary acknowledges the inter-linked commercial relationships transacted between the parties, wherein they might not be in direct contract with each other but the decision in one Arbitration Agreement may affect the other unseen spheres of the legal contractual relationship. However, such judicial precedents remain restricted to the interpretation by the Indian Judiciary and the need of an hour is that the definition of the ‘party’ under Section 2(1)(h) should be amended including the non-signatory as its constituent and the provisions for the joinder of the party should be introduced in the Arbitration and conciliation Act 1996 so that the affected parties may not be forced to knock the doors of the judiciary in order to determine the effectiveness of the Arbitration Agreement on the non-signatories. 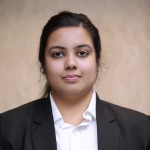