SECTION 482 CRPC, QUASHING OF FIR: GUIDELINES SET OUT BY THE HON’BLE SUPREME COURT OF INDIA

“Nothing in the Code of criminal procedure shall be deemed to limit or affect the inherent powers of the High Court to make such orders as may be necessary to give effect to any order under this Code, or to prevent abuse of the process of any Court or otherwise to secure the ends of justice”

The powers of the High Court under section 482 Cr. P.C are partly administrative and partly judicial. The section was added by the Code of Criminal Procedure (Amendment) Act of 1923. The Hon’ble Supreme Court in State of Karnataka v. Muniswami held that Section envisages 3 circumstances in which the inherent jurisdiction may be exercised, namely, ” to give effect to an order under CrPC, to prevent abuse of the process of the court, and to secure the ends of justice”.

The Hon’ble Allahabad High Court subsequently opined that “The section is a sort of reminder to the High Courts that they are not merely courts in law, but also courts of justice and possess inherent powers to remove injustice”. The inherent power of the High Court is an inalienable attribute of the position it holds with respect to the courts subordinate to it. They are necessarily judicial when they are exercisable with respect to a judicial order and for securing the ends of justice. The jurisdiction under section 482 is discretionary, and therefore, the High Court may refuse to exercise the discretion if a party has not approached it with clean hands.

The inherent jurisdiction of the High Court could be exercised to quash the proceedings -:

1.Where there is a legal bar against the proceedings;
2.Where the allegations in the first information or the complaint do not constitute the offence alleged;
3.Where either there is no legal evidence adduced in support of the charge or the evidence adduced clearly or manifestly failed to prove the charge.

The inherent powers of the High Court under section 482 can be invoked only in three situations-:

1.In order to give effect to an order passed under the code.
2.To prevent the abuse of the process of the court.
3.To secure the ends of justice.

In the famous case of State of Uttar Pradesh vs. Mohd. Naim, it was held by the Hon’ble Supreme Court that this Section (482) does not confer any new powers on the High Court. It merely safeguards all existing inherent powers possessed by the High Court necessary to secure the ends of justice. But when any alternative remedy is available to the Petitioner in the Court which is seized of the matter, it is not proper for the High Court to exercise its jurisdiction under section 482 or even under the revisional jurisdiction.

It is well settled that the inherent powers under section 482 can be exercised only when no other remedy is available to the litigant and not where a specific remedy is provided by the statute. If an effective alternative remedy is available, the High Court will not exercise its powers under this section, especially when the applicant may not have availed of that remedy.

There has been no limitation prescribed for making an Application under section 482, Cr.P.C. However, the Application is to be filed within a reasonable period of 90 days .

High Court will not interfere at an interlocutory stage of criminal proceeding in a subordinate court but High Court is under an obligation to interfere if there is harassment of any person (Indian citizen) by illegal prosecution. It would also do so when there are any exceptional or extraordinary reasons for doing so. The Supreme Court, in Madhu Limaye v. Maharashtra, has said:

“Nothing in the Code, not even Section 397 can affect the amplitude of the inherent power preserved in Section 482. Where the impugned interlocutory order clearly brings about a situation which is an abuse of the process of the court then for the purpose of securing the ends of justice, interference by the High Court is absolutely necessary and nothing contained in Section 397 (2) can limit or affect the exercise of the inherent power of the High Court”.

In the landmark case State of Haryana v. Bhajan Lal a two-judge bench of the Supreme Court of India considered in detail, the provisions of section 482 and the power of the High Court to quash criminal proceedings or FIR. The Supreme Court summarized the legal position by laying the following guidelines to be followed by High Courts in exercise of their inherent powers to quash a criminal complaint:

Section 482 in terms of cancellation of bail-: The code of criminal procedure makes no express provision for the cancellation of bail granted under section 436. Nevertheless, the High Court has under section 482 inherent powers to cause any person accused of a Bailable offence to be arrested and to commit him to custody if it is found that he was intimidating, bribing or tampering with the prosecution witnesses or was attempting to abscond. However, the overriding inherent power should be invoked in exceptional cases only when the High Court is satisfied that the ends of justice will be defeated unless the accused is committed to custody.

Quashing of FIR-: In a recent decision of the Hon’ble Supreme Court held that it is no more res integra that exercise of power under Section 482 Cr.P.C to quash a criminal proceeding is only when an allegation made in the FIR or the charge sheet constitutes the ingredients of the offence/offences alleged. The Court opined as follows:

“…Interference by the High Court under Section 482 CrPC is to prevent the abuse of process of any Court or otherwise to secure the ends of justice. It is settled law that the evidence produced by the accused in his defence cannot be looked into by the Court, except in very exceptional circumstances, at the initial stage of the criminal proceedings. It is trite law that the High Court cannot embark upon the appreciation of evidence if a prima facie case is made out disclosing the ingredients of the offence alleged against the accused, the Court cannot quash a criminal proceeding, the Supreme Court was even more emphatic: “while considering the petition filed under Section 482 CrPC for quashing criminal proceedings. It is clear from the law laid down by this Court that.”

Section 482 Cr.P.C has a very wide scope and is an essential part of statue to meet the end of justice where injustice can take place but at the same time the said power is too wide and hence, it is important for the courts to use it wisely and according to the guidelines laid down by High Courts and Supreme Court time to time. Section 482, in its current form has seen several changes with the changing times and need of the hour and by the Guidelines framed by the Supreme Court in several of its judgments. Section 482 has made its space in Cr.P.C in order to enable the High Courts to provide proper justice and at the same time to curb filing of fictitious complaints just to avenge personal grudges. 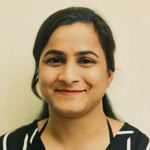