“… Because of social pressure, individualism is rejected by most people in favor of conformity. Thus the individual relies mainly upon the actions of others and neglects the meaning of his own personal life. Hence he sees his own life as meaningless and falls into the “existential vacuum” feeling inner void. Progressive automation causes increasing alcoholism, juvenile delinquency, and suicide…”- Viktor E. Frankl

Children have always been one of the most vulnerable sections of the society; as most of the offences are either committed against them or by them. In last 20 years the crime rate has increased at a very fast pace in India, and in order to control the same 2 major acts were enacted that specifically deal with offences by and against Children. The Juvenile Justice (Care and Protection of Children) Act, 2000 was initially enacted and was subsequently replaced by The Juvenile Justice (Care and Protection of Children) Act, 2015, which specifically deals with the offences/delinquent behaviour by the Juveniles, whereas another Act i.e. the Protection of Children from Sexual Offences (POCSO) Act, 2012 was enacted to protect Children from various sexual offences and safeguarding their interest. A Juvenile as per the Act of 2015, is a child below the age of 18 years. A Juvenile can be categorised into 2 categories in terms of the Act of 2015;

1. A CHILD IN CONFLICT WITH LAW: It means a child who is alleged or found to have committed an offence and who has not completed eighteen years of age on the date of commission of such offence; [Defined-Section 2(13)]

2. A CHILD IN NEED OF CARE AND PROTECTION: It means a child who is found without a home or a guardian or is a surrendered or abandoned child who has a very high chance of being exploited. [Defined- Section 2(14)]

The Act of 2000 clearly stated that a child below the age of 18 cannot be tried and treated as an adult accused, but an incident in 2012 shook the entire nation, when a girl was gang raped and brutally murdered by 6 men on a moving bus, which is infamously called as the 2012 Delhi Gang Rape and Murder Case, wherein one of the accused was a minor. Debates were sparked all over the country regarding the juvenile, as to whether he should be made equally liable and treated as an adult or should be tried like a juvenile in terms of the Act of 2000, as in terms of the Act of 2000, a person below the age of 18 years (Juvenile) could not be tried as an adult. The accused being a little less than 18 years of age got the benefit and was released in the year 2015, whereas the other 4 living accused were sentenced to death. Due to this incident the Juvenile Justice (Care and Protection of Children) amendment bill was passed in 2015, wherein in case of heinous offences the age bracket reduced i.e. if a juvenile being between the age of 16-18 commits a heinous offence, the board (Juvenile Justice Board) shall conduct a preliminary assessment with regard to the mental capacity of the child and ascertain whether the juvenile committed the offence with an intent of a child or was capable of understanding the consequences and committed the offence like an adult. This very change in the law paved a way for both increase and decrease in the crimes committed by the Juveniles. Punishing a juvenile like an adult can lead to very far-fetched consequences.

Consequences: The pros- If a juvenile between the age group of 16-18 years is treated and tried like an adult the crime rate would fall as they no longer can evade the punishment if they commit a heinous offence. In the 2012 Delhi Gang Rape and Murder case the juvenile accused got scot free due to the fact that his age was a little less than 18 years despite the accused being totally aware of the act he was committing and its consequences. The law was amended keeping in mind such a situation, so as to avoid such an escape by another accused which happened in the 2012 Delhi Gang Rape and Murder case.

The cons- The law was amended in 2015 so as to cover the existing loopholes but at the same time started another debate regarding the conditions/situations which a juvenile between 16-18 years would face if tried like an adult. Juveniles confined in jails and prisons face serious threats to their health and well-being as they face a high risk of physical and sexual abuse from other inmates, and such an abuse may have long-term consequences on the mental and physical health of the juveniles. Being confined with adult inmates, their development and chances for reformation is minimised and they become vulnerable to criminal socialization.

The law was amended keeping in mind the situation but at the same time the threat of the juveniles being scarred for life with no scope of reformation will further create a situation which will create a bigger threat to the society. The very question as to whether the juveniles should be treated at par with the adult offenders is a question which cannot be answered in a yes or no as the consequences of either are detrimental to the interest of the society in general.

What are the steps that can be taken to minimise the plight of the juveniles and at the same time what can be done to punish them for the offence(s) committed? This very question is very difficult to answer as there is no optimum solution wherein both can be controlled at the same time; the question now is that what a country like India would choose in order to safeguard the interest of the juvenile. As of now, in terms of the Act of 2015, in wake of the 2012 incident, the juveniles between the age of 16-18 years committing heinous offence are to be tried as adults (subject to the preliminary assessment) and the consequences of this change cannot be ascertained at this point of time; only time will decide whether the decision taken by the legislature served the purpose or created a bigger threat to the society. 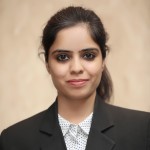